Barcelona: Researchers at the University of Barcelona, one of Spain’s most prestigious universities, had detected the presence of the novel coronavirus in wastewater samples collected here on March 12, 2019, the university said in a statement on Friday.

“These results, sent to a high impact journal and published in the archive medRxiv, suggest the infection was present before knowing about any case of COVID-19 in any part of the world,” the statement said.

The study was led by researchers from the Enteric Virus Laboratory of the University of Barcelona in collaboration with the public-private company Aigues de Barcelona, which is responsible for managing the water cycle in Barcelona’s metropolitan area, it said.

The study “has not been peer-reviewed,” the researchers said on medRxiv, an online archive distributing unpublished health sciences documents.

“Although COVID-19 is a respiratory disease, researchers proved there are large quantities of the coronavirus genome in the excrements that reach wastewaters. This situation made the waste water-based epidemiology a potential tool for early detection of the circulation of the virus among the population,” the statement said.

Since April 13 this year, the researchers have analyzed weekly the obtained samples in Barcelona’s two major water treatment plants.

“The levels of the SARS-CoV-2 (or novel coronavirus) genome coincided with the evolution of COVID-19 cases in the population,” Albert Bosch, professor at the Faculty of Biology of the University of Barcelona and coordinator of the study, said in the statement.

During systematic sampling, the researchers analyzed frozen samples from previous months, which revealed the growing apparition of the novel coronavirus genome between early January and early March this year, it said.

The findings brought the date of the coronavirus’ arrival in Spain even earlier — the presence of the virus was detected on Jan. 15, 41 days before the official announcement of the first case of COVID-19 on Feb. 25, said the statement.

According to the researchers, these results show the validity of the surveillance of wastewaters to anticipate cases. “Those infected with COVID-19 could have been diagnosed with flu in primary care by mistake, contributing to the community transmission before the public health authorities took measures,” said Bosch, who is also president of the Spanish Society of Virology.

These results encouraged the researchers to analyze frozen samples taken between January 2018 and December 2019, which led to “the shocking results of the presence of the SARS-CoV-2 genome in March 2019,” the statement said.

“All samples were negative regarding the presence of the SARS-CoV-2 genome except for those taken on March 12, 2019, in which the levels of SARS-CoV-2 were low but were positive, using two different targets,” said Bosch.

“Barcelona receives many visitors for both tourism and professional reasons, and it is possible for a similar situation to have taken place in other parts of the world, also because most of the COVID-19 cases show similar symptomatology to the flu. Those cases could have been disguised as the undiagnosed flu,” he said in the statement.

The novel coronavirus has to date been contracted by nearly ten million people and killed half a million around the world since China’s central city of Wuhan first reported the outbreak at the end of 2019. 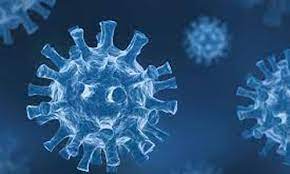 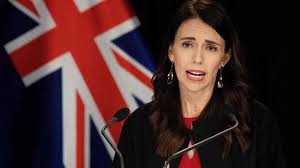