Abu Dhabi: Mohamed bin Zayed Al Nahyan, Crown Prince of Abu Dhabi and Deputy Supreme Commander of the UAE Armed Forces, and the US Secretary of State, Mike Pompeo, discussed strategic relations between the two countries over a phone call.

Sheikh Mohamed bin Zayed and Pompeo also reviewed ways to enhance ties at all levels in the best interest of the two countries, reported WAM.

As per the report, during the call, they tackled several regional and international issues of mutual interest, foremost of which is the “Peace Accord” between the UAE and Israel and the prospects for strengthening it in a way that serves the foundations of peace and stability in the region.

The two leaders discussed the latest developments in the Gulf Cooperation Council and the Middle East regions, the two countries’ efforts to jointly fight the COVID-19 outbreak and the most important steps to limit the repercussions of the pandemic.
Meanwhile, Mohammed bin Ahmad Al Bawardi, Minister of State for Defense Affairs, had a telephone call with Benny Gantz, Israeli Defense Minister, focusing on the UAE-Israel peace accord, WAM reported.

Both leaders expressed their conviction that this accord will enhance the chances of peace and stability in the region as it represents a positive step in this direction, according to the report.

“Moreover, they both noted that they were looking forward to strengthening communication channels and establishing solid bilateral relations for the benefit of their countries in particular and the region as a whole,” the report said.

Under a historic agreement earlier this month, Israel and the UAE agreed to full diplomatic ties including the mutual establishment of embassies and the beginning of open trading. Israel said it would halt its plans to formally annexe parts of the West Bank. 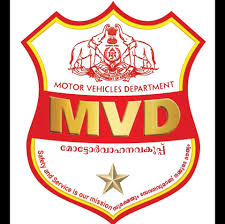