Bengaluru; Close on the heels of the Union government allowing the states to borrow up to five percent of the state’s GDP, the cabinet on Tuesday approved the decision to amend the Karnataka Fiscal Responsibility Act in order to borrow an additional Rs 33,000 crore in this fiscal year.

The proposed amendment will enable the Karnataka government to increase the borrowing limit from the present three percent to five percent of the GSDP (gross state domestic product), which can go up to Rs 36,000 crore. Recently, the Union Finance Minister had allowed this as a one-time measure for all the states in the country. Karnataka is one of the early states to take this route to mop-up revenues to meet its needs.

Speaking to reporters after the cabinet meeting here, Karnataka Law and Parliamentary affairs minister, J. C. Madhuswamy said that the state will also sell “B-Kharab” land (wasteland) existing within the periphery of 18 km in and around Bengaluru at four times the present guidance value.

He added that everyone knows the truth behind why the state government had to opt for this route. “Due to the pandemic, we are helpless, we need money to kickstart various projects. Therefore, the state cabinet has approved to amend the Karnataka Fiscal Responsibility Act, which will allow us to borrow up to Rs 36,000 crore but at present, we have decided to use it to the tune of Rs 33,000 crore,” he explained.

According to him, all these years, whenever such borrowings were undertaken, it was used only for capital investment purposes, but for the first time the state has decided to utilise it for expenditure purposes also.

Generally, in government parlance, capital investment is considered to be an investment in development projects or to introduce welfare programmes, while expenditure is deemed as payment of salary and other day-to-day expenses incurred by the government.

Across the state, sporadic protests in the recent past by doctors, teachers, guest lecturers and others over the delay in their salaries was also another reason why the Karnataka government has opted for this route, a senior bureaucrat told IANS.

Responding to a question about the government’s decision to auction the Kharab land in Bengaluru, the Law Minister added that whenever the state government allots land, sometimes, that land will also contain Kharab land, for which the government would not have recovered the cost.

“But now within Bengaluru, the land prices have shot up to an unprecedented level that even this Kharab land fetches a good value for realtors. Therefore, the state government will recover the cost from them to legalise it in their favour. Most of the Kharab land is used to build housing or commercial complexes. Hence, the state is now planning to charge four times the present guidance value in such cases,” he explained.

According to the Minister, Karnataka will also renew the mining lease that was awarded to the National Minerals Development Corporation in Bellary, where they have been operating for the last several years. “With the renewal of mining lease to the NMDC, the state is expected to mop-up to the tune of Rs 650 crore annually,” he said.

Answering to another question, Madhuswami asserted that there was no proposal before the state government to divide Bengaluru city into three or four municipalities, but there was a proposal of dividing Bengaluru into four zones. “Bengaluru will be divided into four zones. To effect this change, the state government is planning to introduce a new Act exclusively in the forthcoming Legislature session,” he said. 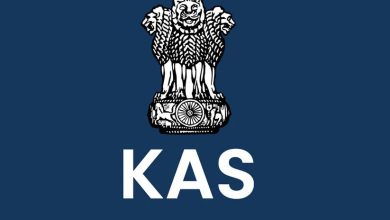