Bengaluru: Two from the Karnataka found a place in the newly formed National Medical Commission (NMC) which replaced the Medical Council of India (MCI).

According to the authorities from the state health department, Dr. MK Ramesh, a well-known surgeon from Bengaluru, and NIMHANS director Dr. BN Gangadhar have been nominated to this newly formed commission. MK Ramesh will be the President of the Post Graduate Medical Education Board while Gangadhar will be the head of the Medical Assessment and Rating Board and the Ethics and Medical Registration Board.

The National Medical Commission (NMC), replaced the medical Council of India (MCI), as the country’s apex regulator of medical education and profession effective Sept. 25, 2020. The nearly 64-year-old India Medical Council Act has been abolished. The NMC comprises a chairman, 10 ex-officio members, and 22 part-time members who form the Board of Governors (BoG) which superseded the MCI on September 26, 2018. The ex-officio members include presidents of the four autonomous boards. The former head of the All India Institute of Medical Sciences ENT department, Dr. Suresh Chandra Sharma has been appointed as chairman for a period of three years with effect from Friday, while Rakesh Kumar Vats, who was Secretary-General in the Board of Governors of the MCI, is the secretary of the commission.

Dr. Sharma, was on January 2, appointed the chairman of the NMC after the Appointments Committee of the Cabinet approved his appointment for a period of three years. “Under sub-section (2) of section 4, the Chairperson of the National Medical Commission (Dr. Suresh Chandra Sharma) is appointed for a period of three years with effect from September 25,” according to a notification said. Vats, the Secretary-General in the Board of Governors of the MCI, was appointed as the secretary of the commission for a similar term on January 2.

The NMC Act, which seeks to usher in mega reforms in the medical education sector, received the assent of the president on August 8, 2019, and was published the same day. The Act provided for setting up of an NMC in place of the scam-tainted Medical Council of India. The four autonomous boards under the NMC Act — the Under-Graduate Medical Education Board (UGMEB), Post-Graduate Medical Education Board (PGMEB), Medical Assessment and Rating Board, and the Ethics and Medical Registration Board — have also been constituted and come into existence from Friday, according to the notifications issued by Nipun Vinayak, Joint Secretary in the Ministry of Health on Thursday. 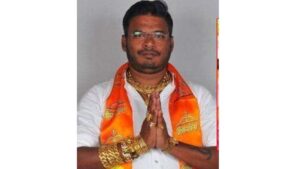