Rajasthan : State’s wildlife department has alerted its officials thing publicise emergency telephone numbers on which people will be able to report any suspicious death of birds and animals. The animal husbandry department is on the lookout for any outbreak of avian influenza in poultry.

Jhalawar and Jodhpur have reported death of nearly 300 crows in over a week. The National Institute of High-Security Diseases has confirmed avian influenza as the cause in Jhalawar where crow mortality was reported first.

Similar bird deaths have been reported from Baran and Kota also.

However, experts are yet to ascertain whether the death of 52 peacocks and 14 birds in a village in Nagaur could be attributed to bird flu or is a case of poisoning.

The wildlife department has put under observation all wetlands in the state. Last year, avian botulism was the suspected killer of 15,000 migratory birds in Sambhar lake, while some bird activists blamed electrocution for the heavy mortality.

This year, the number of birds at Sambhar has been far less.

Bird flu can spread to human beings and prove fatal. As a protocol, the state government has imposed prohibitory orders in areas where bird mortality has been reported and may go for the culling of poultry if located within a kilometre of such a site. 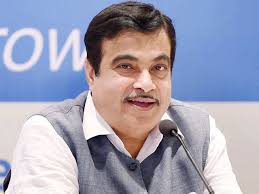