This includes six deaths and 59 patients who have recovered and have been discharged.

Out of the 15 fresh cases, 13 have come in contact with the patients who had previously tested positive for the contagious virus.

Four people in Hubbali, Dharwad — a 55-year-old male, a 74-year-old female, a 36-year-old male and a 37-year-old male — have come out to be positive and are currently being treated at a designated hospital in Dharwad.

On the other hand, three members of a family in Malavalli, Mandya tested positive days after one person from the household was admitted to a designated hospital after contracting coronavirus. The three include a 60-year-old female, who is the mother of the earlier patient, while an eight-year-old daughter and 18-year-old nephew of the patient have also tested positive.

One person from Bagalakote, two from Bidar and three from Railbag, Belagavi, have also contracted the virus and are under observation at designated hospitals in their respective cities. 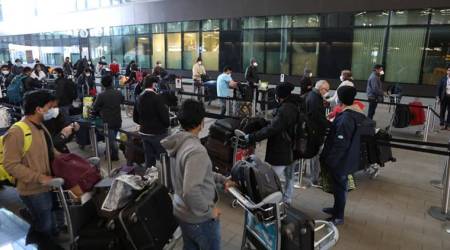 First evacuation flight with 326 Indians from UK lands in Mumbai