The government, in an announcement on Friday, rolled back the hike in DA announced for 1.14 crore government employees and pensioners, with an aim of saving up to ₹21,000 crore. In a two-minute video clip released by the Congress, showing the meeting of the party’s consultative group via video-conference, the party slammed the BJP government for continuing with construction of “vanity projects” such as the new Parliament building and the central vista, bullet train and so on while cutting into the allowances of government servants.

“We should be on the side of the people whose DA is being cut. I sincerely believe that it is not necessary at this stage to impose hardship on the government servants and the armed forces personnel,” Dr. Singh said.

At the time of the COVID-19 pandemic and lockdown, with many struggling for bare necessities, former Congress president Rahul Gandhi said that the government was not cutting back on extraneous expenditure.

“I see the problem is that you are building your central vista at the same time. You are taking money from the middle class, not giving money to the poor people and spending it on central vista,” Mr. Gandhi said. Lok Sabha MP Manish Tewari opined that before the government went around cutting everyone’s allowances and salaries, it should first set up an “expenditure rationalisation commission”. Congress chief spokesperson Randeep Surjewala said if projects such as the reconstruction of central vista were halted, the government could easily save up to ₹2-2.5 lakh crore. 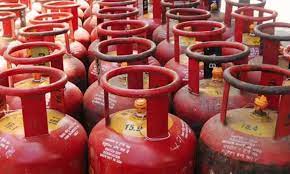