iPhone users across the world, be very careful! It has come to the notice of many that a new text bug, which only comes with a string of characters, is crashing Apple’s iOS devices around the world. The message containing the character string, like always, has gone viral and is being used by pranksters around the world to cause unnecessary distress to unsuspecting or unaware users. The issue at hand is a string of characters in the Sindhi language, paired with the emoji of the Italian national flag. Unfortunately, while Apple has acknowledged the issue, it is yet to roll out a fix for it.According to reports, simply receiving the notification from a random stranger may cause your phone to crash, and you cannot really do much about it. As discovered by EverythingApplePro, if an Apple user receives this particular message (not revealed here for obvious reasons), their devices will immediately crash and become unresponsive. The string is believed to have originally being shared on a Telegram group, and is now also being circulated on Twitter. Reports across the internet have stated that the flaw particularly affects Apple devices running on iOS, so other Apple platforms, such as Mac, Apple Watch and Apple TV, should be safe.

WHAT CAN YOU DO TO STAY SAFE

Solutions for this issue on Apple forums appear to be coming up in the near future, with the iOS 13.4.5 update. However, the relevant update is still in beta, so an immediate fix seems unlikely to come. Until the stable version of the update is released, Apple’s iPhone and iPad users are recommended to switch off all notifications from any messaging or social media app. While that may cause understandable problems in terms of usage, it is better to prevent an iPhone crash than fix one.

If you do encounter the issue, the only way out is to perform a hard reset of the device. In most cases, if you have a recent backup of your iPhone data, it is likely that you will not face any loss of data. As a result, in case you have not taken a backup of your iPhone in a long time, it is recommended that you do so right away, to prevent any loss of data due to this unforeseen issue. 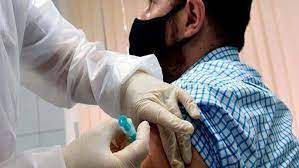