The United States is doing a “very serious” investigation against China, President Donald Trump said, indicating his administration is looking at a lot more money as compensation from Beijing than euro 130 billion being sought by Germany.

The deadly virus, which originated in China in mid-November has so far killed more than two lakh people and infected over 30 lakh globally. The largest number of them are in the US: more than 56,000 deaths and over 10 lakh infections.

After the US, Europe has been the worst hit by the virus. In India, mainly because of the early and aggressive preventive measures, the fatalities have remained low at 886 and infections at 28,000.

Leaders of these countries including the US, the UK and Germany increasingly believe that the unfortunate deaths of so many people and destruction of the global economy could have been avoided, if China had shown transparency and shared the information about the virus in its early phases.

As such many countries have started talking about claiming compensation from China.

Trump, during the Rose Garden press conference, was asked about Germany planning to send a bill to China for euro 130 billion for the damages.

“Would your administration look at doing the same?”

“Well, we can do something much easier than that. We have ways of doing things a lot easier than that,” Trump replied. “We haven’t determined the final amount yet,” but “it is very substantial”.

Trump said there are “a lot of ways” one can hold China accountable for the spread of the virus. “We’re doing very serious investigations, as you probably know. We are not happy with China,” he said.

“We are not happy with that whole situation because we believe it could’ve been stopped at the source. It could’ve been stopped quickly and it wouldn’t have spread all over the world. And we think that should have happened. So, we’ll let you know at the appropriate time, but we are doing serious investigations,” Trump said.

In recent weeks, there has been an increasing support towards the move to hold China accountable.

“China has been untruthful and unforthcoming since the beginning of this pandemic. We must hold them accountable for this cover up,” Senator Cindy Hyde-Smith said in a tweet.

On Monday, Congressman Earl L. Buddy Carter signed on to a resolution establishing a bicameral, bipartisan joint select committee to investigate the origins of and China’s handling of the 2019 novel coronavirus.

“We know China has lied and covered up important information about COVID-19 since the beginning,” said Carter.

“Now, thousands of Americans have died, people have lost their jobs and the world has been turned upside down. Congress has the responsibility to investigate the origins of the virus and the extent of China’s deception. The American people have been devastated by this disease and they deserve answers. We should approve this resolution without delay and get to work as soon as possible,” he said.

In a related development, Congressmen Alex X. Mooney and Matt Gaetz, Senator Martha McSally and a bicameral coalition of over 50 other lawmakers sent a letter to House and Senate leadership requesting that no COVID-19 relief funds be given to China’s state-run bio-agent laboratory, the Wuhan Institute of Virology (WIV).

“After the damage the coronavirus has inflicted upon the world, US taxpayer dollars should no longer be sent to labs we know conduct sloppy research and dangerous experiments. I commend President Trump’s response to this invisible enemy and his determination to hold China accountable for its actions,” Mooney said.

Reports indicate that for years WIV has received taxpayer dollars from the US National Institutes of Health for secretive and dangerous laboratory research on coronavirus-infected bats. 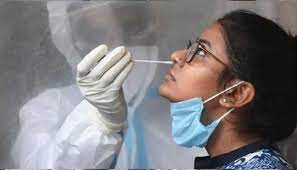