Congress leader Priyanka Gandhi Vadra on Friday urged Uttar Pradesh Chief Minister Yogi Adityanath to resolve the problems faced by farmers , labourers and MNREGA workers amid the COVID-19 lockdown . She also commended the provision of ration being provided to MNREGA workers by the state government.

In a letter to the Chief Minister, she also urged the UP government to give financial assistance to the unregistered labourers. “Though the state government is doing a commendable job in providing ration to the MNREGA workers, I appeal to Yogi Adityanath to provide them with financial assistance as well. Seeing the current situation, it is necessary to announce an economic package for the MNREGA workers,” the letter read.

Talking about the woes of the farming community in the state she said, “The Chief Minister must clear the long-pending compensation due to the farmers, whose crops suffered due to unprecedented rain and hailstorm,compensation.”

“The government should also immediately clear payment of cane farmers and must also guarantee the purchase of the upcoming harvest,” the letter added. She said that by clearing the payments the farmers will be able to survive the lockdown.

She also sought easier movement and operation of farming machines during the harvesting season. “Though combine harvester machines have been allowed by the UP government, the owners of these are afraid of theadministration. Due to lack of proper information and fear of penalty, farmers are reaping wheat during the night,” she added. The Congress leader also urged the UP government to allocate ration to the non-ration cardholders. “Besides giving rice, the ration should include wheat, lentils, oil, salt and spicepowder,” she said. 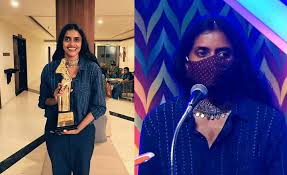 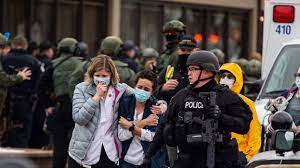