The first goods train from North India which reached Kerala amid lockdown left Thrissur railway station with loads of food products including tapioca and coconut. Most of the loads were taken to Goa and Gujarat.It is for the first time, after the lockdown came into force, tapioca and coconut are being exported from Kerala. According to official reports, 8 tonnes of food products were taken from Thrissur railway station amid the lockdown.

The goods train from Okha in Gujarat arrived at Thiruvananthapuram on Wednesday afternoon and departed from Thrissur at 9 pm the same day. Cucumber, pumpkin, elephant yam, colocasia, banana and ‘Koorka’ (Chinese potato) were also taken to the northern states. Earlier, such products were taken in various trains when the service was on. These vegetables are taken to shops run by Keralites in other states. Apart from Goa, Ahmedabad, Jamnagar and Baroda are the major markets for vegetables from Thrissur.

The vegetables were taken to Goa as COVID-19 outbreak has not affected much here. Earlier, a large number of food products were taken to Gujarat when compared to Goa. But most of the shops in Gujarat remain closed now following the coronavirus outbreak.

At the same time, the goods trains also carried 8.5 quintal medicines to other states from Kerala. More loads of medicines were transported from Kollam to Mangaluru. 13 kilo masks were also taken from Kottayam for unloading in various places including Surat and Rajkot. 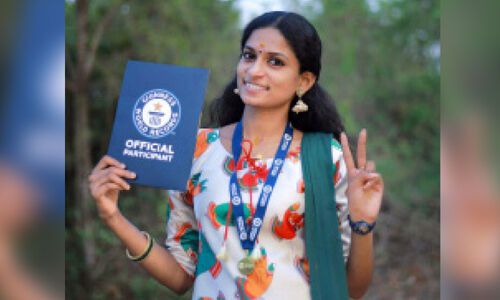