Cocculus Hirsutus, a tropical broom creeper that is already being tested as part of an anti-dengue botanical drug development project, may also be tested for its efficacy against COVID-19 if the Drug Controller General of India (DGCI) gives its approval.

The Council of Scientific and Industrial Research (CSIR) has sought approval from the DCGI to conduct limited randomised trials among 50 patients to test the efficacy of this native medicine. According to CSIR scientists, the antiviral properties of the medicine have been found to be effective against vector-borne dengue disease as part of the initial stages of human trials.

“We have approached DCGI for a phytopharmaceuticals to do a clinical trial for Cocculus Hirsutus. It is used by tribes in our country. We are already testing the efficacy of this medicine against dengue and it is in the advanced stage in phase-II human trials. The mechanisms of treatment are similar,” said CSIR Director-General Dr Shekhar C Mande.

In May 2016, Sun Pharma and International Centre for Genetic engineering and Biotechnology (ICGEB), Delhi, had signed an exclusive agreement to develop a novel botanical drug for treatment against dengue. Research has been underway on this drug for the last five years, said Dr Ram Vishwakarma, director of the Jammu-based Indian Institute of Integrative Medicine. CSIR-IIIM Jammu has helmed the latest application made to DCGI to conduct trials using the botanical medicine.

“It has been found to be effective against dengue in trials. We are thinking of doing scientific experiments to confirms its efficacy against RNA-viruses, including SARS-CoV-2,” said Vishawakarma. “Both these viruses (dengue and coronavirus) have different entry mechanisms but once they enter the human body, they grow in similar ways. We have seen its efficacy in dengue, chikungunya and encephalitis.” 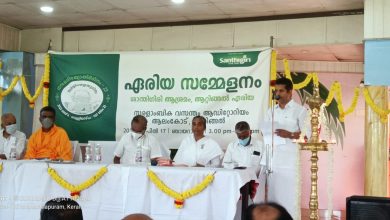