London: The coronavirus is like an unexpected and invisible mugger, which the British people have to began to collectively “wrestle it to the floor”, UK Prime Minister Boris Johnson said on Monday (local time), in his first comments after recovering from the virus.

The British Prime Minister, earlier on Sunday, returned to his official residence, 10 Downing Street, after spending two weeks recovering from COVID-19. During Johnson’s absence, Foreign Secretary Dominic Raab was carrying out his duties.

“…First Secretary of State Dominic Raab has done a terrific job. But once again, I want to thank you the people of this country for the sheer grit and guts you have shown and are continuing to show every day,” Johnson said.
The Prime Minister talked about the loss of lives that the country has suffered, saying, “I know that this virus brings new sadness and mourning to households across the land. It is still true that this is the biggest single challenge this country has faced since the war…”

As many as 360 people died as a result of COVID-19 in UK hospitals over the preceding 24 hours, the lowest daily increase in the death toll since March 30, Health Secretary Matt Hancock said on Monday.

The daily surge in new cases also decreased compared to Sunday, as 4,310 new positive tests were detected, down from 4,463.

The total number of cases in the UK now stands at 157,149 and a total of 21,092 have died. The country is now slated to take a call to extend the lockdown restriction on May 7. 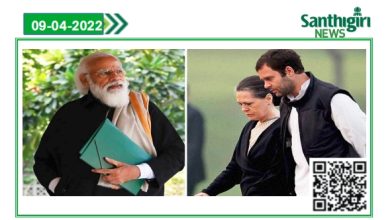