At least three personnel of the Central Reserve Police Force (CRPF) were killed and as many injured after militants attacked their group in Jammu and Kashmir’s Baramulla district on Saturday.

The militants fired at a checkpost that was jointly being manned by troops of the CRPF’s 179th battalion and the Jammu and Kashmir Police.

According to sources, the militants fired at the party at Ahad Sahab bypass in Sopore, 50 km from Srinagar.

The area has been cordoned and reinforcements have been brought in. A search operation has been started to nab the attackers.

This is the third attack against the paramilitary in the Kashmir valley within a week.

A CRPF trooper was injured on Friday after terrorists fired at a similar check post in Pulwama. 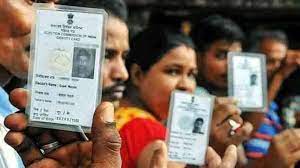