Washington D.C. : A New York-based Television channel has claimed that the Chinese authorities are hiding the facts about the real number of coronavirus positives in the country.It claims that Beijing has also issued orders to the provincial governments, asking them to reveal only what Beijing approves.

New Tang Dynasty (NTD) Television says it obtained three classified documents from Heilongjiang, a Chinese province that shares a border with Russia. While two of them were released on April 13, the last one is dated April 17. The documents said that the community spread of coronavirus is on the rise in the capital Harbin. It also said that the capital had reported 39 positive cases on March 31.

Surprisingly, the disease control and the prevention unit of the province had said that there was not even one case reported on March 31.

The second document is the reminder that all kinds of family gatherings were prohibited inside the province. Public gatherings and going outside together were also prohibited.The third document asked the local authorities to ensure that the number of cases in the daily zero cases report is identical with the numbers online. The letters clearly indicate that the virus is widespread and the cases are increasing every day.

Beijing, however, has made several claims of almost eradicating the virus and has even celebrated the victory with grandeur. The channel also claims that the infighting in the Communist Party of China (CPC) has intensified and one anti-Xi Jinping group has sprung up. This is the key reason Sun Lijun, Vice Minister of Public Security, is being investigated for severe violations of discipline and law. He was sent to Wuhan to take charge of security operations. He was the director of the National Security Bureau. He also headed the 610 office, a ruthless security unit that is not answerable to even the judicial system of the country.

Justice Minister Fu Zhenghua, another prominent personality, stepped down from the ministry’s deputy party chief. Chinese media didn’t give the reason. Some say he is part of the anti-Xi Jinping group. Others say he is retiring.

China has officially reported 82,798 coronavirus cases out of which 4,632 died. Media and experts across the world have accused Beijing of hiding the real numbers and say there could have been thousands other deaths that have not been reported by China. 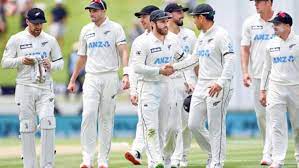