London: As many as 4,093 domestic abuse arrests have been made in London since the start of the COVID-19 restrictions in the city in March with an average of nearly 100 calls a day.

“In the six weeks up to April 19, officers across London had made 4,093 arrests for domestic abuse offences – nearly 100 a day on average – and domestic abuse calls have risen by around a third in the last six weeks,” the Metropolitan Police of London (Met) said in a press release on Friday.

“The number of recorded domestic abuse incidents has also seen a small year-on-year rise – there were 17,275 incidents recorded between March 9 and April 19; a 9 per cent increase on the same period in 2019,” it added.
The release highlighted a 24 per cent rise in abuse cases in the UK from March 9, when people with coronavirus symptoms were first asked to abide with self-isolation measures.

Commander Sue Williams, the Met’s lead for safeguarding, said, “The COVID-19 restrictions and ‘stay at home’ instruction is vital to managing this public health crisis, but unfortunately it has also left current and potential victims of domestic abuse even more vulnerable and isolated.”

“I want to stress that the Met is still here for Londoners – no-one who is experiencing domestic abuse should feel that they have to suffer in silence,” she added.

Sophie Linden, Deputy Mayor for Policing and Crime talked about the increase of abuse-related call and said, “…Evidence from around the world has shown that ‘lockdown’ restrictions have led to a rise in domestic abuse cases and we have seen an increase in calls to helplines across the UK.” 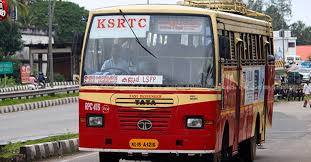